Doubtful Sound’s debut show was Sarah Kane’s Phaedra’s Love. It was shown at Tiny Alice in November, then in Osaka in December, 2013. We plan to take the show to Athens, Greece in 2014.

When Shinako and I formed Doubtful Sound earlier this year, we were looking for a play which would be suitable for both our debut Tokyo performance as well as a planned performance in Athens.  I had directed Carol Churchill’s Cloud Nine for Black Stripe Theatre last year, and after all of the interesting, important, and sometimes argumentative conversations we had in the rehearsal room, I wanted to continue exploring theatre with similar themes.  Shinako suggested Phaedra’s Love, which she and some of her theatre friends had translated several years earlier.   With Phaedra’s Love, we already had the makings of our own decent Japanese translation, and it was a work based on Seneca’s Greek tragedy, Phaedra. Sarah Kane was hugely influenced by Caryl Churchill, and the play gave us the opportunity to continue to talk about and workshop tough topics. Today’s performance heralds our second public glimpse into that process.

The darker side of love, desire, sex and sexuality; the pointlessness of patriotism and  monarchy; the hypocritical nature of organized religion; the egotistical nature of men; and the hopelessness that drives people to think that suicide is their only option.

Phaedra’s Love is not a nice play. It’s a blunt exploration of the worst things that we do to ourselves. There is plenty of art that celebrates humanity. There are plenty of plays about heroes that pretend to represent all that’s good in the world. This is not one of them. This is tragedy. But tragedy is key to catharsis…. or was it hilarity? …or utter despair? hm. 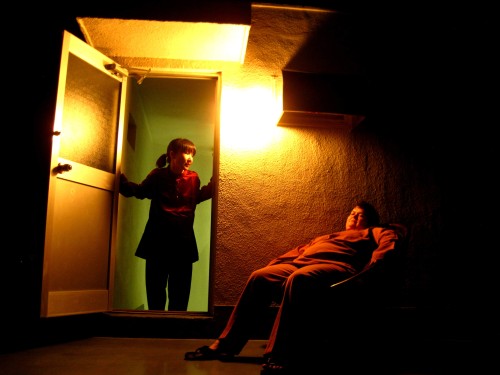