Doubtful Sound’s debut show was Sarah Kane’s Phaedra’s Love. It was shown at Tiny Alice in November, then in Osaka in December, 2013.

Yawata & Omi was a 15-minute play written by Doubtful Sound member Jeff Gedert for the annual Sukechika Matsuri in Ito City, Shizuoka. The festival included various performances on an outdoor stage built over a river. 2014′s festival was held on the weekend of the 17th & 18th of May. Doubtful Sound performed, Yawata & Omi, on the afternoon of Sunday the 18th. 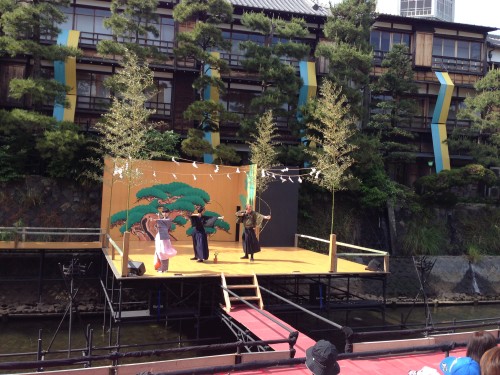